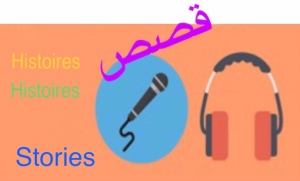 First on a plane then on a ship

M.S. started his trip to the European continent on a plane for the first time in his life. “They are strange moments. Suddenly you feel lonely as if something out of your control is stripping you of your past and as if a curtain is obscuring your present.” He looks with some concern to the sky.

The journey lasted four hours. Some are on board and others on a train to the port before finding himself on a trawler. M.S.had not expected the hardship of the profession and the seriousness of the new work. It was a long time before he got used to working on the fishing vessel. It took him about six months to overcome fear and obstacles.
And he says what he cannot forget is the deprivation of sleep for barely countless hours and it’s as if he punished himself with hard labour. He recognizes “I often gave up meals because of the extreme fatigue of an hour or two. You are young and strong but what about the workers who are 50 years old or more? I saw many young men leaving the ship and taken to nearby hospitals as we were told. Don’t ask me about the sea storms and the panic that it provokes in yourself. »

He became aquainted with workers from multiple countries who have been brought in by the policy of large foreign fishing companies that pay them low salaries and use their maximum power.M.S. acts very cautiously towards these workers. Some of them, like the boss, spied on others and watched and counted what they were doing.

Leave to regain their humanity

The fishermen return to the city during their vacation to spend part of their salaries and spend the best possible time to forget the hell they admit to being at sea and call their families on the phone and send money to them and meet their needs and then to regain their humanity. His concern was to provide his mother with all the care and attention she needed. M.S. wished the ships did not even exist in his dreams especially in his nightmares.

Sick leave after a plot almost led to his death

M.S. becomes fluent in the language of a country that allows him to make a living, learn about some of its sights and collect money that is not excluded as good capital and has saved enough to buy an apartment in a fairly rich neighborhood in the densely populated city. Unfortunately, he was the victim of a work accident and the company granted him sick leave for three months. “I felt that one of the workers was waiting for me and intending to get rid of me and wondered what kind of plot my opponent had plotted and how I avoided it.”

Peace of mind is extremely important

M.S. returned to his countryside, he left when he was young and now lives comfortably away from the ocean and bumping into his waves and storms. He rode horrors when he had a young determination. Is not peace of mind so important now?