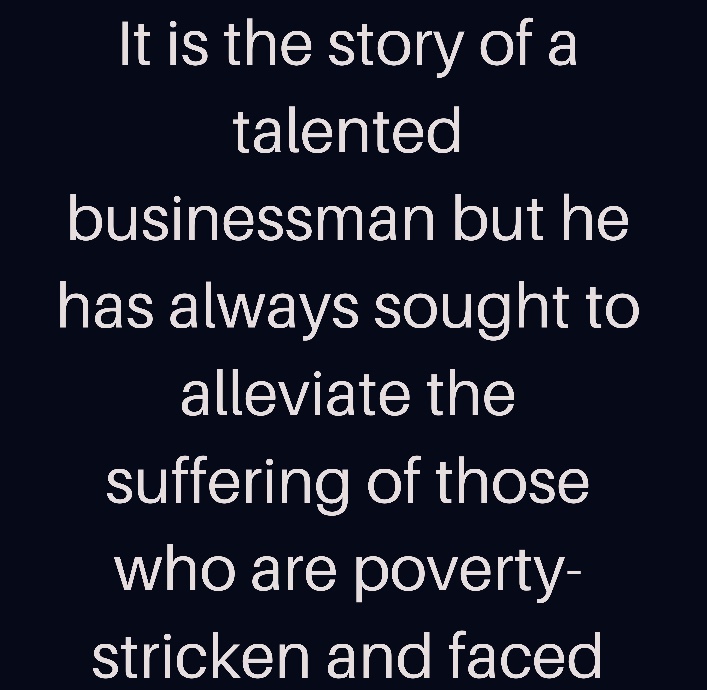 The story of HLTWho can predict the future?

In a blue sky, a few hours before the evening, in April, the sun was shining on the grassy ground and family members were patiently waiting for the hour of breakfast as they performed their daily tasks. They did not think that they would suffer a painful fate that would cause a rift in the family. There was no sign or warning about separation and farewell soon.

“When I was a child, my father used to take me whenever he went to the market or away from our beloved house with the consent of my mother, whom I sought, and obtained, the intervention with my father. However, I admit I experience homesickness for this place whenever I move away from it. As we grow older, we become more selfish, more demanding and less sympathetic to our parents because we mistakenly believe that we are always right but it is totally wrong. This behaviour is a source of sadness and regret.

Some children have no right to be born. My youth have tricked me and it did not keep its promises. Like other young men, I was stubborn and without much experience. The moments, which I wished never to end, were very short.

I mysteriously believed that my father was immortal and that I will always see them when I feel the need for it. My delusions began to dissipate with this event. I was afraid of something but I could not recognize its nature.”

They looked at each other in astonishment, puzzled and began to cry in a loud voice, their hearts moved between memories and anticipation, and they wondered if they had to walk the old or new path, and whether something would keep them together.

A pioneer of innovative projects

There is no better season than spring days to see first-hand the success achieved by HLT, which was the result of continuous work, sacrifice and intelligence. During this beautiful season, your eyes are fascinated by the sight of the fields of green wheat and barley swaying with the breeze and the gentle winds. Near the farm, you see cattle and their youngsters getting a little away and then approaching their mothers and agricultural buildings and equipment such as jars and the modern harvesting machine and a car. This was unparalleled in the region.

His social and commercial relationships were characterized by safety, honesty, integrity and patience. For these reasons, people were looking for deals with him without hesitation eager to search for transactions with him and seeking his advice deeply convinced of his experience and flexibility. This also explains the accumulation of wealth, part of which was generously distributed to those in need.

They were neighbors, friends or relatives.

A sense of humor

HLT is not satisfied with his generosity. Rather, he has a sense of humor, and the people who organize parties cannot afford not to invite him. “Welcome HLT. Your presence honors and delights everyone.” They say. Then a smile appears on his handsome face.

The passenger bus was traveling too fast on the main highway, and most people know this, except for drivers of these vehicles.

The inexperienced driver, who was driving the small car, climbed up a small, steep slope to join the main road. He engaged the second gear instead of the first and barely reached the main road when the engine stopped and the car stopped in the middle of the road and confusion prevailed. During this time, the bus continued its crazy race and the driver resorted to honking using his horn, and this procedure did not produce the desired effect and the progress of events.

The person sitting on the right of the driver, who does not have a driver’s license, is the owner of the car. The two survived by leaving the car in a hurry, but they left the old fasting man sitting in the back seat and the crazy bus approaching the car. What is the fate of the elderly man who was possibly amazed, dazzled and even unaware of what wa going on around him?

The man who went to the village to shop will not return to the house as he left. He started a journey with no clear destination. He went to a long sleep as if he wanted to leave this world where there is no justice, no pity, no recognition of the beautiful.

The bus crashed into the car with indescribable violence. The small car was thrown into the trench with the old man inside, the victim, according to eyewitnesses who admit they had never seen such an accident before. He was transferred to a clinic

In the most populous city, a head trauma was diagnosed by doctors.

On the screen, HLT looked as if he was ready to continue to shoulder his responsibilities and continue the work that brought prosperity to his family. But he was looking at the emptiness.

And the news ended for them, and they looked in astonishment at each other, the confusion prevailed, and they started crying loudly, their hearts moved between memories and anticipation, and they wondered if they had to walk the old or new path, and whether something would keep them together.

The clinic requested a large amount. But the doctors failed. He was taken back home on Saturday after everything that happened on Thursday, that unexpected and totally unacceptable event.

On that day, hundreds of people attended the funeral, including the poor, the wealthy, workers and political figures. Then the rain fell heavily after the return journey, and it was time for breakfast.

The facts are hard to believe but there is no way out at all.