I read The Great Gatsby by F. Scott Fitzgerald more than five years ago and I came across it and decided to reread it.
I start with the main characters and conclude with what I think of people it focuses on.

Nick, the narrator, sells bonds. He’s from a well-to-do family and got acquainted with his wealthy neighbour Gatsbby. Tom and Daisy are married and have finally settled in West Egg where most of the events take place (New York, the 1920s)

Daisy is Nick’s cousin who seems to be very captivated by her. Ms Baker is Daisy’s friend and one of the large numbers of guests who attend Gatsby’s partiesin his luxury home.

Mr Wilson makes his living as a mechanic and whose wife, Myrthlr, is Tom’s mistress.

Almost entirely the life of those people so prone to ligh-heartness and carelessness, was going smoothly. But the tragedy was looming. And when Gatsby grew more demanding and got set on living once more with Daisy, his whims brought about arguments and led to the worst.

The mechanic’s wife was run over by the luxury yellow car Daisy was driving back home. There were witnesses when the dreadful incident took place.

Unfortunately the deceived husband killed the wrong murderer of his wife, namely Gatsby, then killed himself.

In my view Gatsby is rather a wretched character. I think it’s no use partying with ungrateful people who spend their time uttering inanities all nigjt long and indulging them. The author made me hate every character and especially their unethical behaviour. I liked the way he depicts the characters from the high social class. Most of them are unbearable and more so Daisy and a good to nothing and bad tempered husband of her.
I wonder why the narrator gets on well with Gatsby. I feel for Mr Wilson who I would describe as low social class individual. He was hurt. I can’t help but conclude it was bound to happen and that people’s fates are highly connected. 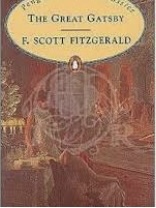